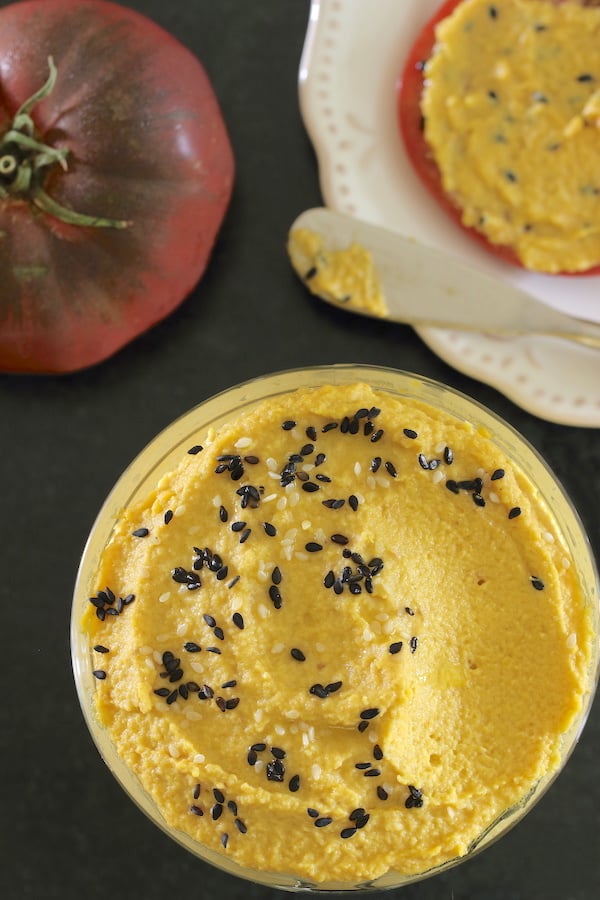 Golden beets are the sweeter, sexier, and less earthy cousin to red beets – yet they contain a similar nutrient profile. When roasted and blended with garbanzo beans and other yummy ingredients, these golden gems create a delightful hummus. Serve as a dip for cut up fresh vegetables, with pita bread or grain-free chips such as Siete brand. Roasted golden beet hummus can also be used as a spread for veggie burgers, tomato slices, roasted eggplant or cauliflower steaks, and the like.

We’re heading into prime garden and farmer’s market season. This is the time to enjoy less common varieties of vegetables, such as golden beets. Be on the lookout, they are not to be missed! 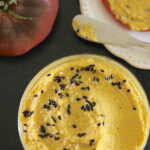 Refrigerate leftover roasted golden beet hummus in a Mason jar or other air tight container. It will keep refrigerated for about five days.

How to Remove Garbanzo Bean Skins

Removing the skins creates a smoother and creamier hummus; it is an optional step.

How to Make Creamy Sorbet (4 Methods)

Most foodies start a food blog first before writing a cookbook. I did the opposite! I wrote a plant-based cookbook and healthy eating guide after successfully using food as medicine to heal my decade of darkness, my ten year struggle with chronic illness. Now as of January 2020, I’m focused on creating additional fresh recipes and valuable plant-based content for this blog.

Not all balsamic vinegars are authentic. Some are

My husband picked about 5 pounds of garlic scapes

Coleslaw with Orange-Ginger Vinaigrette recipe on